about the yerger group

The Yerger Group draws inspiration from some of the world’s most  successful businesses. Here are favorite quotes from a few of the  world’s most transformative and innovative leaders.

Sir Richard Branson, from The Virgin Group, once said, “Clients do not come first. Employees come first. If you take care of your employees, they will take care of your clients.” We strive for a positive work environment for EVERY employee, so that the employee WANTS to care for our guests and clients. There’s no better professional feeling than WANTING to come to work!

The late Apple Founder and CEO, Steve Jobs, said, “We don’t hire smart people and tell them what to do; we hire smart people to tell us what to do.”  This is a must at The Yerger Group.  Especially when we’re venturing into so many industries where we may not, personally, be the expert.  We bring on the expert knowledge as part of our team and allow them, actually REQUIRE them, to lead the way!  More on those team members, later!

Marcus Lemonis, host of CNBC’s “The Profit,” has said, “Don’t wake up wondering if you have a job. Wake up wondering how many jobs you have to do.”  With his retirement from the Secret Service, the workday of Yergz is only beginning!  And he couldn’t be happier!  CEO isn’t the only hat Yergz plans on wearing!

Then there’s a gentleman who’s both a competitor and a mentor, J.W. Marriott.  Mr. Marriott once said, “It’s the little things that make the big things possible. Only close attention to the fine details of any operation makes the operation first class.” Well, first class is how we roll!

But we’d be remiss if we didn’t quote some of our OWN Team Members!

Travel Channel TV Host, Anthony Melchiorri, and Partner with Ms. Jeremy Pinkerton at “Hospitality Success,” once said, “I don’t make resolutions. I make plans.”  We believe that the plan that we have to move the Yerger Group Hospitality Brands forward are second-to-none!  You can read more about both Anthony and Jeremy in the section “About the Leadership Team.”

And finally, we have a parting shot from Yergz, our own CEO.  He twice trained for ice hockey at the US Olympic Training Center, in Lake Placid, NY.  He was scouted by the NHL on both occasions, to be a referee.  Yergz also spent two years as a minor league baseball umpire, but he didn’t make the “major leagues” until July 17, 2000 when he walked into the Philadelphia Field Office of the US Secret Service for his first day as a Special Agent.  For over 21 years, until his 2021 retirement, Yergz served his country and reflects on all of those careers by saying, “People used to say that my career goals were ambitious. Now they say that about my life, about my past!”

Yergz will continue to be ambitious.

And he will continue to inspire his team to set standards and performance levels that put The Yerger Group ahead of the rest! 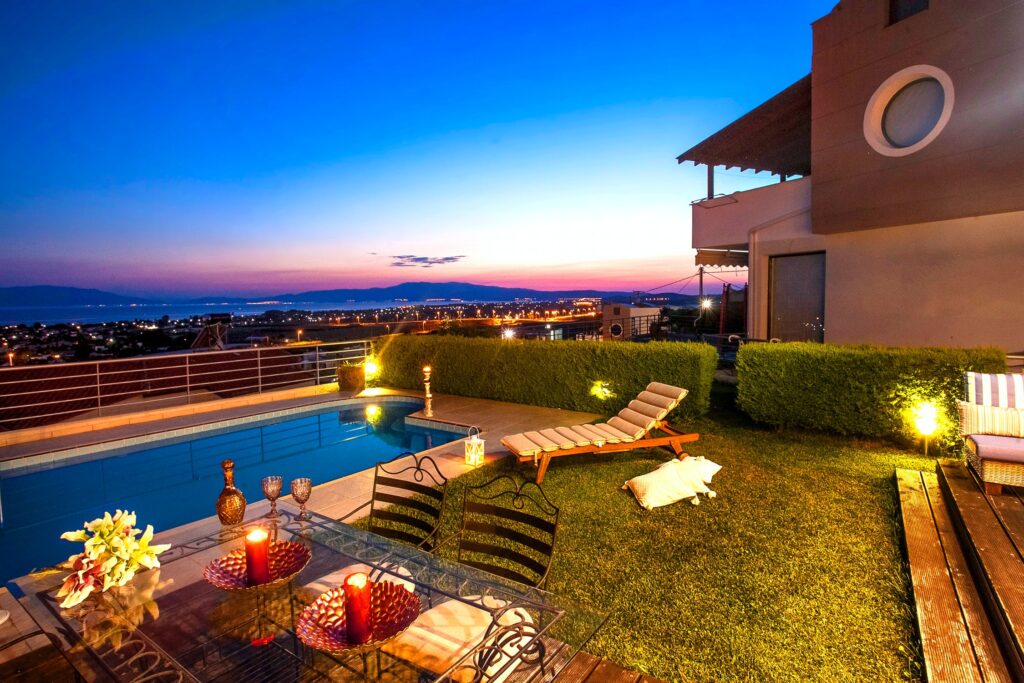 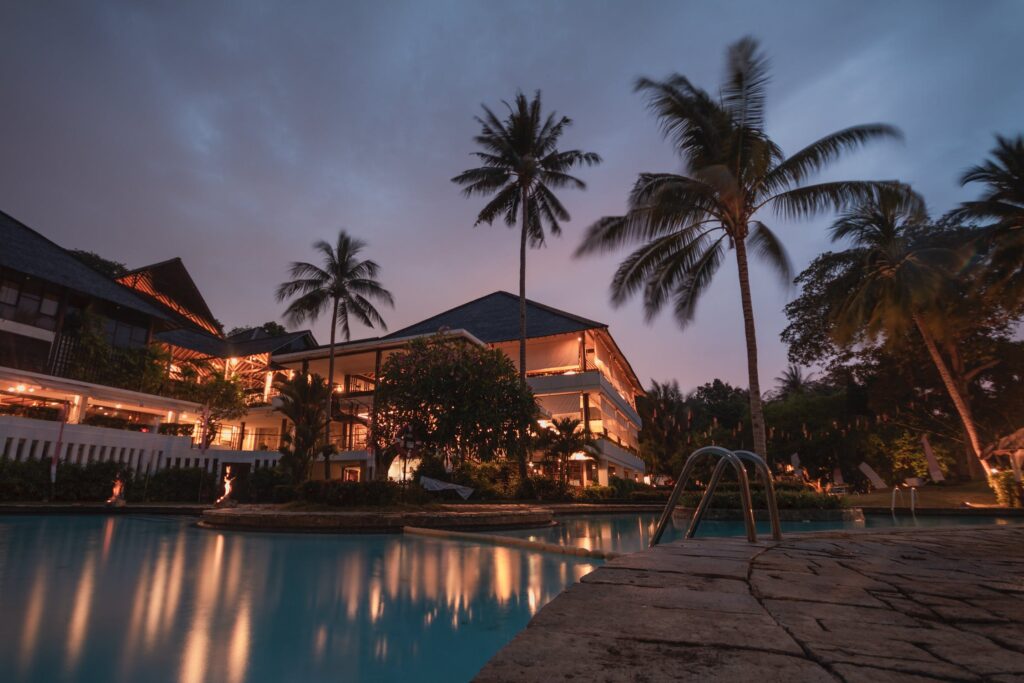 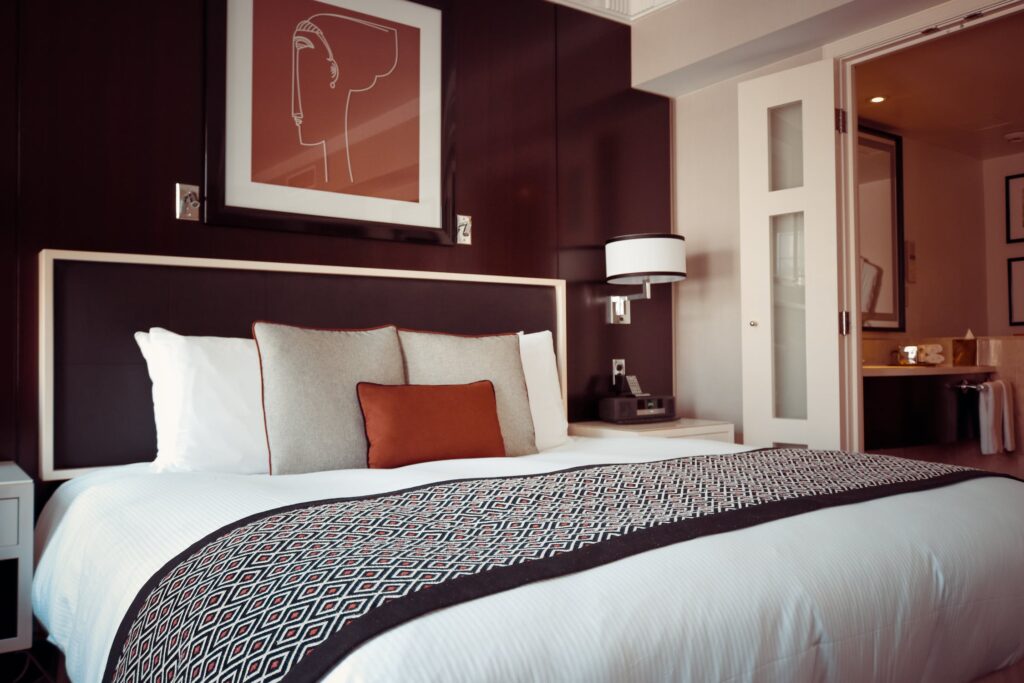 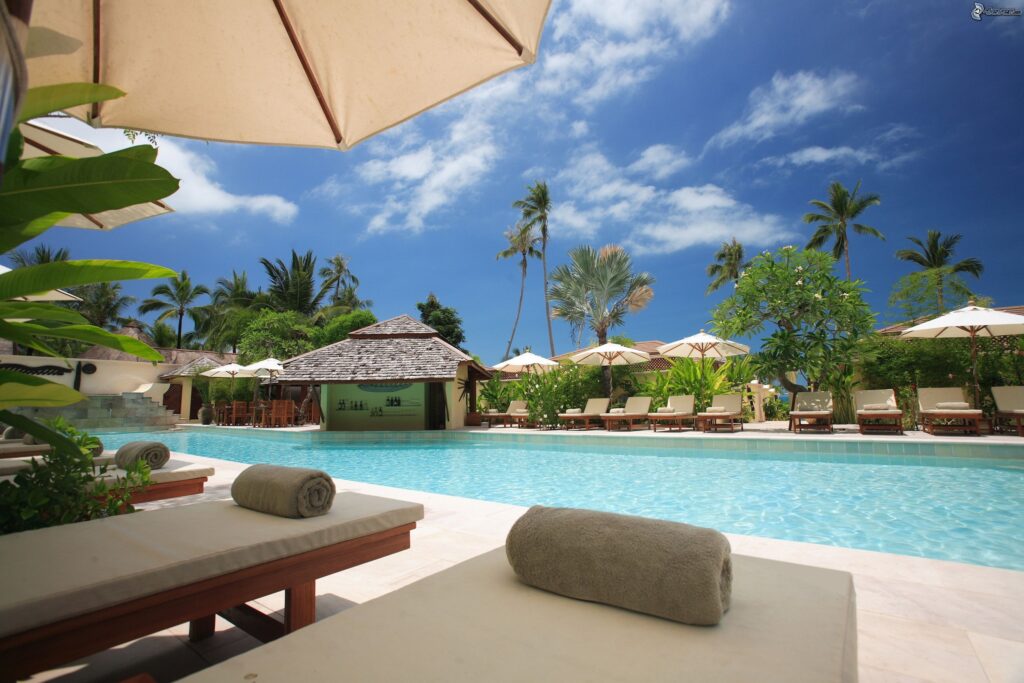 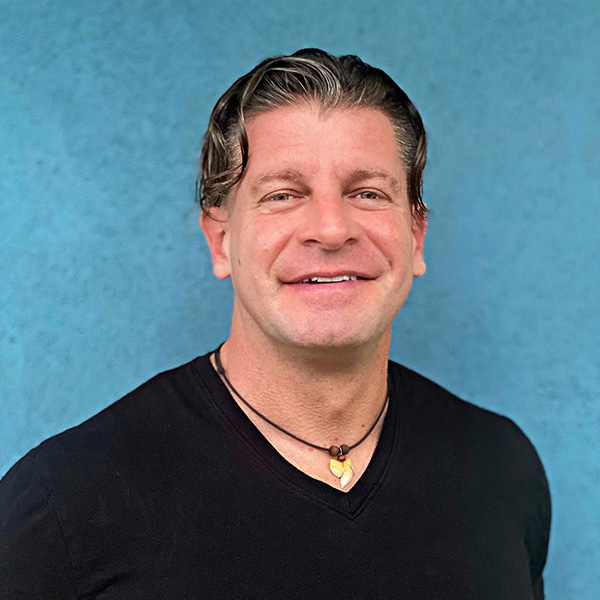 Ross “Yergz” Yerger, got his start in hospitality when serving as a Site Agent at various high-end hotels for an assortment of protectees of the U.S. Secret Service, Yergz knew he could draw from his passion for travel, work experience around the globe and newfound knowledge in hospitality to create an unforgettable experience for guests visiting any one of his “resort homes”, offering a personal touch with exclusive amenities and accommodations not found with any other resort chain.

Since the late 80’s, Yergz has been traveling the U.S. and Canada as a sports official in both professional baseball and Olympic ice hockey.  His travel included two trips to the U.S. Olympic Training Center in Lake Placid, four years of summer officiating schools while being scouted by the National Hockey League, as well as two years as a professional baseball umpire. In 2000, after leaving amateur, Olympic and professional sports, Yergz became a Special Agent with the U.S. Secret Service.

After 21 years, Yergz will retire to manage The Yerger Group, the parent company for his premier hospitality brands. 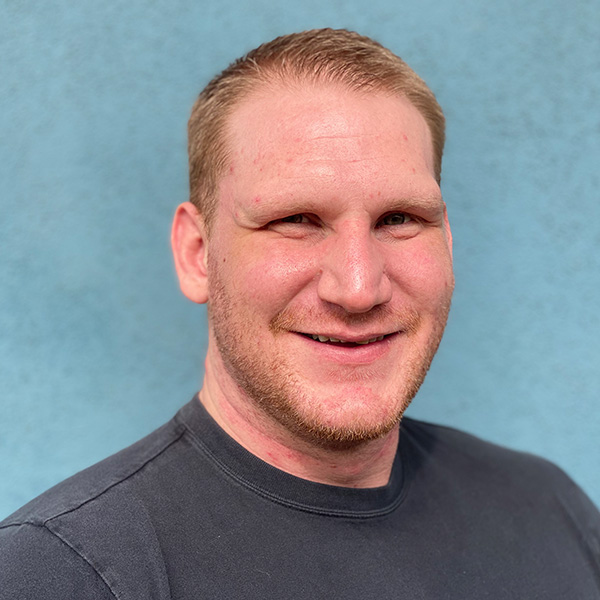 Jonathan D. Rock joined The Yerger Group as Chief Operating Officer in October 2018. In this role, Rock collaborates with the CEO in setting and driving organizational vision, operational strategy, and hiring needs. As COO, he aggressively seeks to advance the organization’s mission, vision, core values, performance, and facilities.

In addition, Rocky oversees financial forecasts. Prior to joining The Yerger Group, Rock served as an officer in the Army National Guard. Throughout fourteen years of service, Rock held positions as Platoon Leader, Executive Officer, and Human Resource Officer.

In addition to receiving a BA in Health Education at the University Alabama and an MBA from Norwich University, Rock is currently working towards obtaining a DBA in Industrial Organizational Psychology, focusing on Post Traumatic Stress Disorder among Veterans. 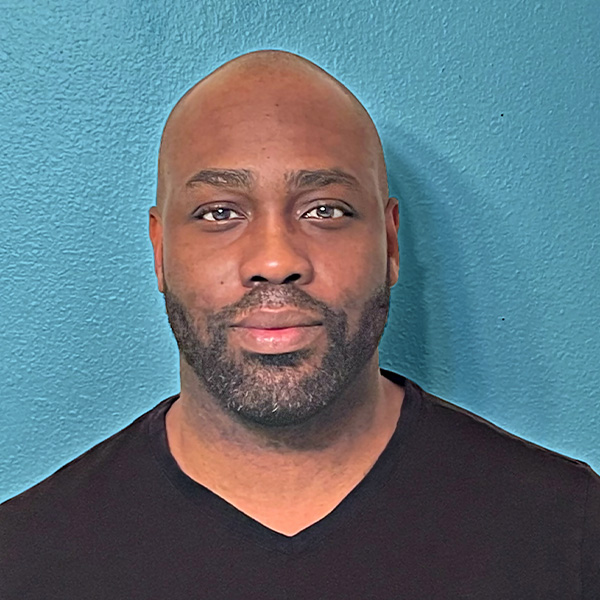 Andino Delve serves as Chief Financial Officer for the Yerger Group. In this role, he collaborates with the CEO and COO in corporate financing, revenue management, investor relations, risk management and plays a role in investment strategy.

Prior to being named CFO, Andino served as an NCO in the US Army. During his time in the Army, he held positions as a Team Leader and Jumpmaster in the Airborne Infantry community. Andino’s duties also took him overseas to Kosovo and Iraq. Currently Andino serves in the Army National Guard.  In the private sector, Andino works with various companies and organizations as a funding facilitator. He also assists in the liquidation of troubled notes with investment partners, private lenders, and institutional entities—specifically targeting portfolios between $500k- $10M+.  Andino is currently wrapping up his Bachelors in Banking and Finance at Wayland Baptist University and is pursuing his Masters in Legal Studies (MLS) with the University of Oklahoma’s International Business Law program once complete.

Outside of his duties at Yerger Group, Andino is a member of Turnaround Management Association, a leading global organization focused on connectivity and training for turnaround, restructuring and corporate health professionals 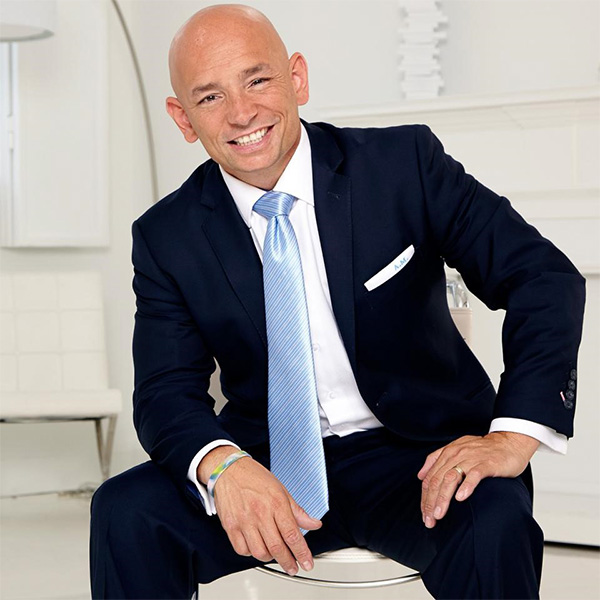 In the 20 years Anthony Melchiorri has been in the hospitality business, he has a proven track record of understanding a company’s vision and its individual parts and figuring out how to make those parts work together to complete the whole picture.

Knowing that attention to detail and making each part of the operation functional and strong are key to profitability, Anthony has developed and repositioned some of the finest and highest-profile properties in the United States, including the first Nickelodeon Hotel and Resort and the landmark Algonquin Hotel.

He takes on clients in need of development or immediate repositioning, applies his experience and ability to assemble teams specialized in hotel management, and adds value for the owners and developers to ultimately increase their bottom line. Anthony has an unmatched ability to break down problems and find solutions that generate profits.

In addition to being the host and lead in Travel Channel’s Hotel Impossible, he also runs his own company, Argeo Hospitality, consulting on hotel projects for private owners and investors. Argeo Hospitality has the ability to create a plan, market and promote a company, and turn its staff into a well-oiled machine. 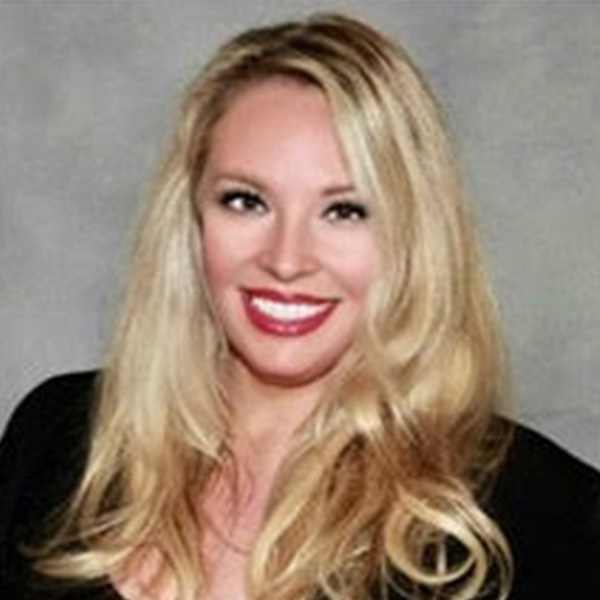 Jeremy Pinkerton, with her partner Anthony Melchiorri, founded the Hospitality Success Program. Jeremy has over 20 years’ experience in revenue management. Jeremy has worked in domestic and international markets including brands such as The Waldorf Astoria, Hilton, Marriott / Starwood, Hyatt, IHG, Wyndham, Choice, Radisson, as well as Independent Hotels. Jeremy has a Bachelor of Science degree in Hotel Restaurant Administration from Oklahoma State University.

She also completed her MBA from Metropolitan College of New York including a study abroad program in Europe. Jeremys role at Hospitality Success includes partnering with hotel owners and managers to take control of the hotel operation, maximize revenues, and ensure hotel profitability potential. 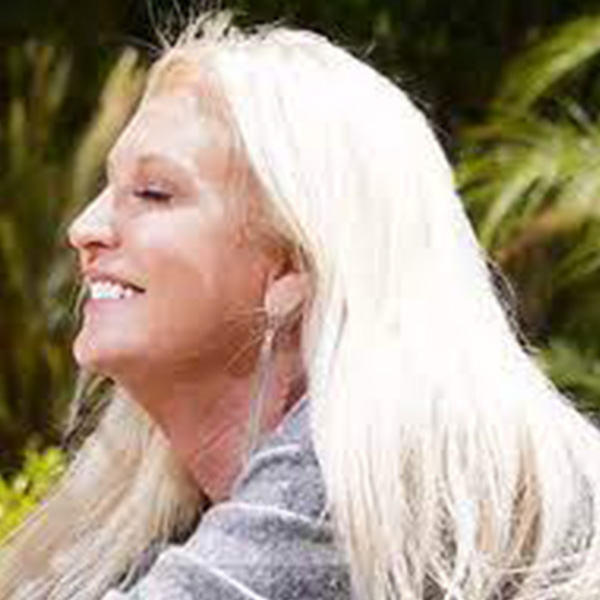 Lesley Carey is the current CEO of Cashmere Hospitality. Lesley is a result-driven executive that shows her exceptional leadership with a keen focus on owner profitability, brand development, and luxury hotel & resort operations. Lesley has an extensive track record of creating high-performance corporate teams through clear guidelines. Lesley is the senior principal in creating the luxury brand, Silq, a 5-star boutique resort in Bali and Bangkok which focus on guest experience and destination. She has completed 5 1/2 years as the President of Biggest Loser Resort (BLR). During her tenure in the hospitality industry, she has always focused on “Health & Wellness” and keeping up with the latest trends. Because BLR is tied to a global entertainment segment, Lesley has been working closely with NBC Universal and their production arm in shaping the brand and designing a network of resorts towards an international reach. Ms. Carey’s involvement in BLR has also attracted the interest of major insurance networks who wish to add a new component to their insurance offerings.